An editor’s review of the FDA-approved device.

When I first heard of the ZIIP, a pricey handheld device that sends electric currents through your face in the name of tighter and dewier skin, my inner skeptic scoffed. In a beauty market saturated with miracle products that purport to clear, plump and tone your face to perfection, gimmicks are commonplace and often difficult to weed out from the truly effective. However, upon reading up on the high-tech novelty and discovering that Melanie Simon — aesthetician to the stars and founder of Melanie Simon Skincare — is the mind behind it, I decided to give the device a fair shot. After all, Simon has pore-less, glassy skin that most only dream of attaining — if anything could bring me closer to a Simon-level face, I was down to try it.

Simon’s passion for skincare was spurred after she observed her sister conduct a science experiment on nectarines: over the course of a month, she moisturized six peaches using six different products. The winner? Humble and unassuming Lubriderm, Simon told The Cut. After attaining her aesthetician’s license years later, Simon was introduced to famed French spa Biologique Recherche and its Remodeling Face treatment, which uses four types of electrical currents to increase product absorption, lift and revitalize the skin. Instantly fascinated, Simon began conducting her own research on the dermatological benefits of electricity. Eventually, she learned that currents on the lower end of the electrical spectrum — specifically microcurrents and nanocurrents — mimic the body’s own bio-electricity and increase levels of Adenosine Triphosphate, or ATP.

So what exactly is ATP and what does it have to do with the ZIIP’s promise of a younger-looking face? Read on for our review of the ZIIP GX, as well as its results after three weeks of regular use. 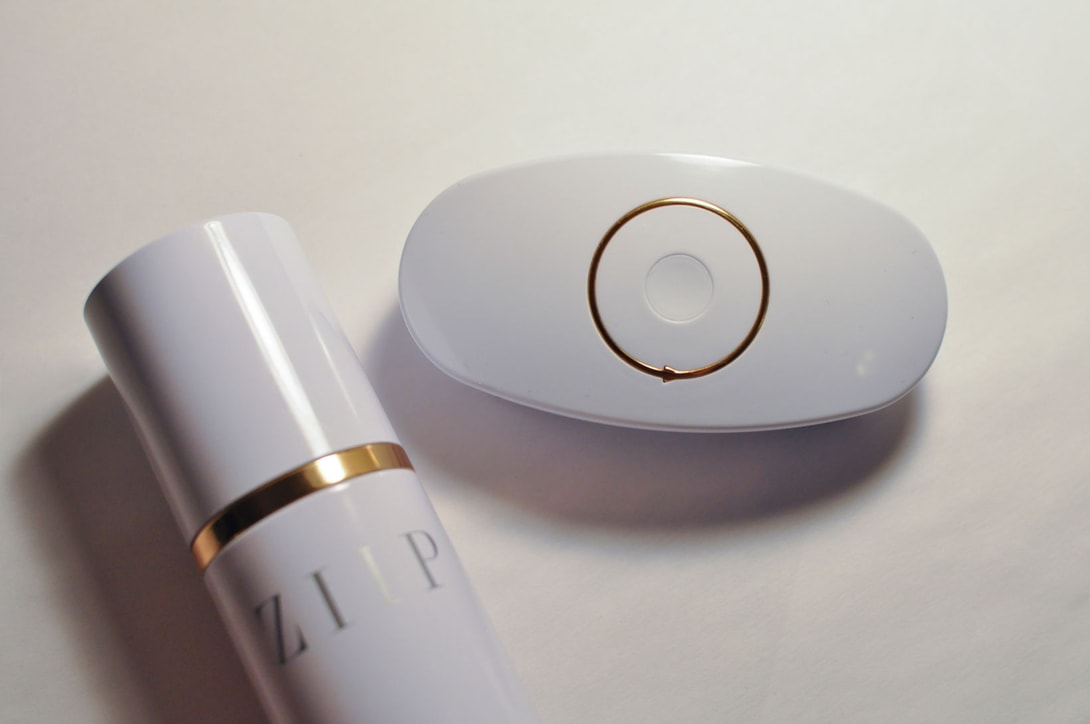 Electrotherapy has been used in skincare since the ’70s, to tighten muscles, treat cellulite and flush excess fluid from cells. Most electrotherapy falls under four main treatment types: Faradic, Galvanic, high frequency and microcurrent. The ZIIP specifically uses microcurrents to stimulate ATP production. In fact, the ZIIP’s special cocktail of nano and microcurrents can increase ATP levels up to 500 percent.

On a very basic level, ATP is a chemical compound responsible for converting everything we consume into usable energy. It’s also an essential driving force of cellular processes such as the production of lipids and proteins, collagen and elastin included. (In case you forgot, collagen is the main structural protein making up connective tissue, including skin and cartilage, and fellow protein elastin is responsible for the resilience and and structure of skin.) Because your body cannot store unused ATP, the effects of the ZIIP are cumulative, becoming apparent after regular use. By kicking ATP production into overdrive on a weekly basis, the ZIIP encourages your body to produce all the collagen and elastin it needs.

Besides firming and wrinkle-busting effects resulting from the ZIIP’s stimulation of collagen and elastin production, the device also aids in lymphatic drainage, provides spot treatment of acne and curbs the production of pigment responsible for dark spots. Users can target specific worries — such as breakouts or puffiness — with a menu of 10 different treatments, which you sync to your ZIIP through an accompanying app, downloadable on both Apple and Android devices. Users can then follow along to in-app videos of Simon herself performing each treatment.

The ZIIP is available in two versions: the ZIIP GX and the ZIIP OX. The two models operate exactly the same, the only difference being the type of conductive gel (a necessary accompaniment to any electrotherapy skincare device) each arrives with. The GX comes with Golden Gel, which is infused with real gold, and the OX with Crystal Gel, made with organic ingredients.

The ZIIP’s high-tech mode of operation entails a bit of a learning curve. For first-time users, a quick read of the user guide is essential to ensure both safety (please don’t place the device in water) and proper use. For the most part, each treatment’s demonstration video is straightforward and easy to follow along with. However, I found myself falling behind Simon’s demonstration during my first few uses, mainly because I hadn’t applied enough conductive gel and wasn’t checking to see if the device’s light (an indicator of whether it’s actively conducting) was on. If you find that the device isn’t lighting up when placed on the skin, pause the video and apply more conductive gel. The device will start back up at the stage of the treatment where it left off. 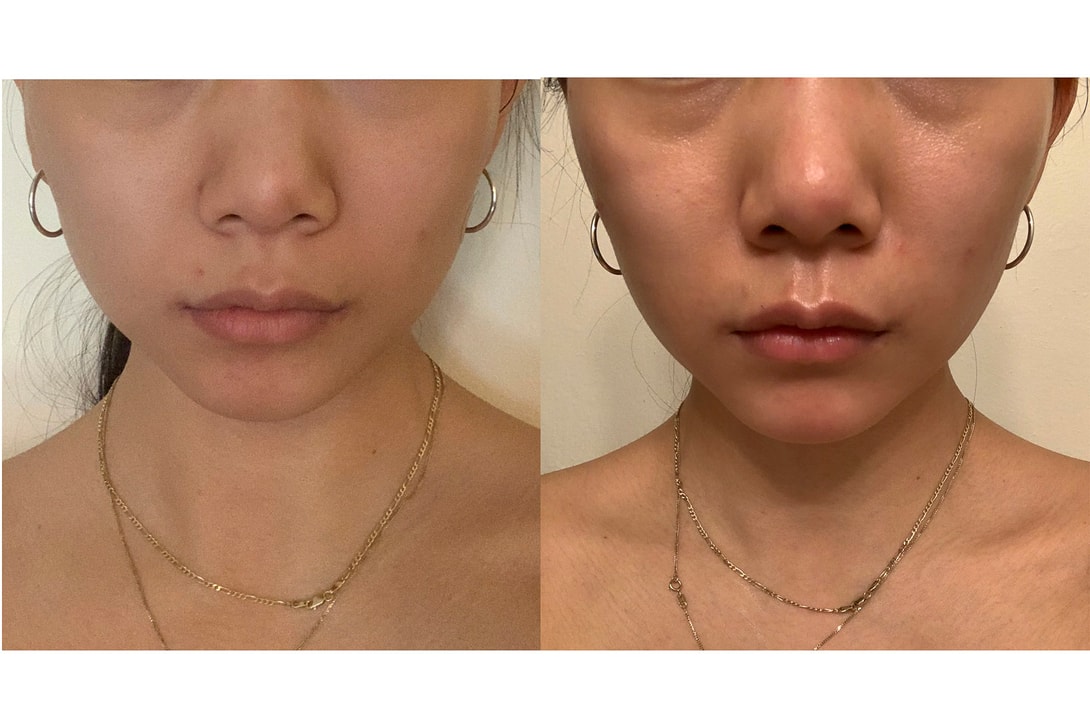 I’ve been using the ZIIP GX for a little over three weeks and so far, have no complaints. As promised, I’ve noticed both immediate and cumulative effects, mainly clearer and tighter skin. To be fair, my skin wasn’t particularly problematic to begin with. I get the occasional breakout and suffer from dry skin during the winter, but wrinkles and serious dark spots were not pre-existing problems of mine. 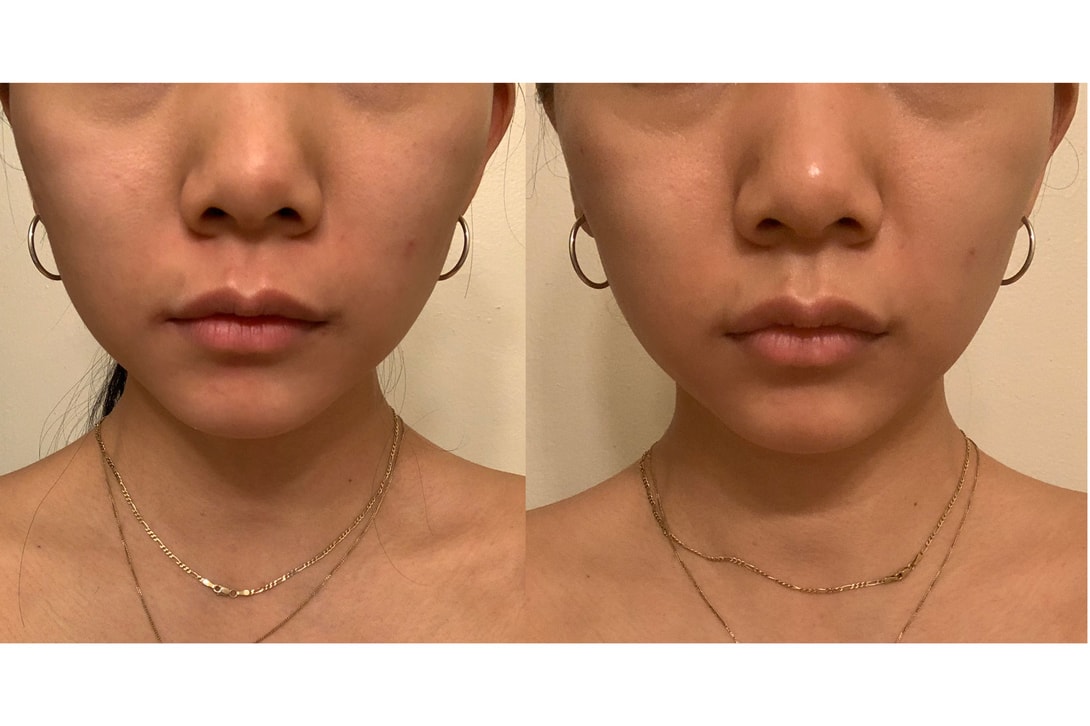 That being said, the ZIIP’s spot treatment mode, Total Clearing, works wonders overnight. The treatment programs one of the device’s two metal probes to be charged, and the other grounded. When circled across any problem areas, the charged probe zaps acne-causing bacteria. You can actually feel it tingle over broken out spots. 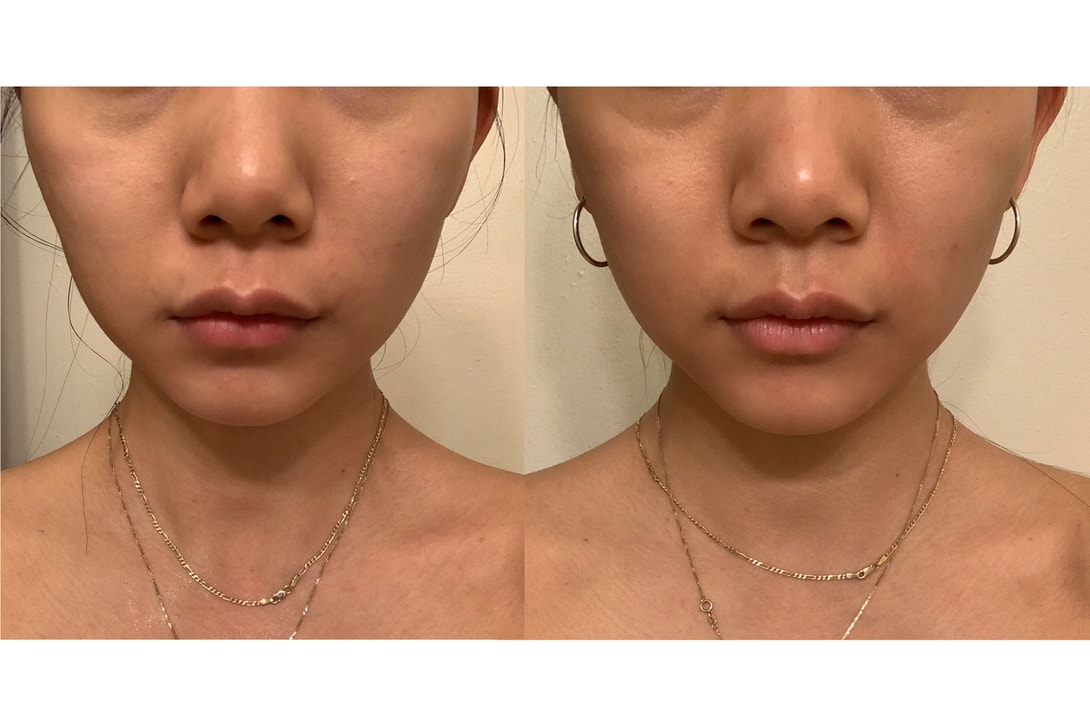 Simon recommends using the ZIIP no more than six days a week. I’ve been using it about four to five times a week for three weeks, mainly cycling between Total Clearing, Lymph & Lift (de-puffs), Instant Gratification (lifts and sculpts) and Sensitive Energize (heals and tones). Though I can’t tell if my face has actually become more defined, my skin certainly feels tighter, a statement I realize is vague yet accurately describes the post-ZIIP-ing sensation. Undeniably though, my skin is clearer and dewier. With a few passes of the ZIIP, any burgeoning breakouts are curbed overnight. (Indeed, some reviews purport the ZIIP to be a godsend for cystic acne.) I also suspect ZIIP treatments have helped maximize the efficacy of my nightly skincare routine, which includes toner, serum, moisturizer and cream. I’ve begun waking up to noticeably more moisturized skin, though this could also be due to the warmer weather. 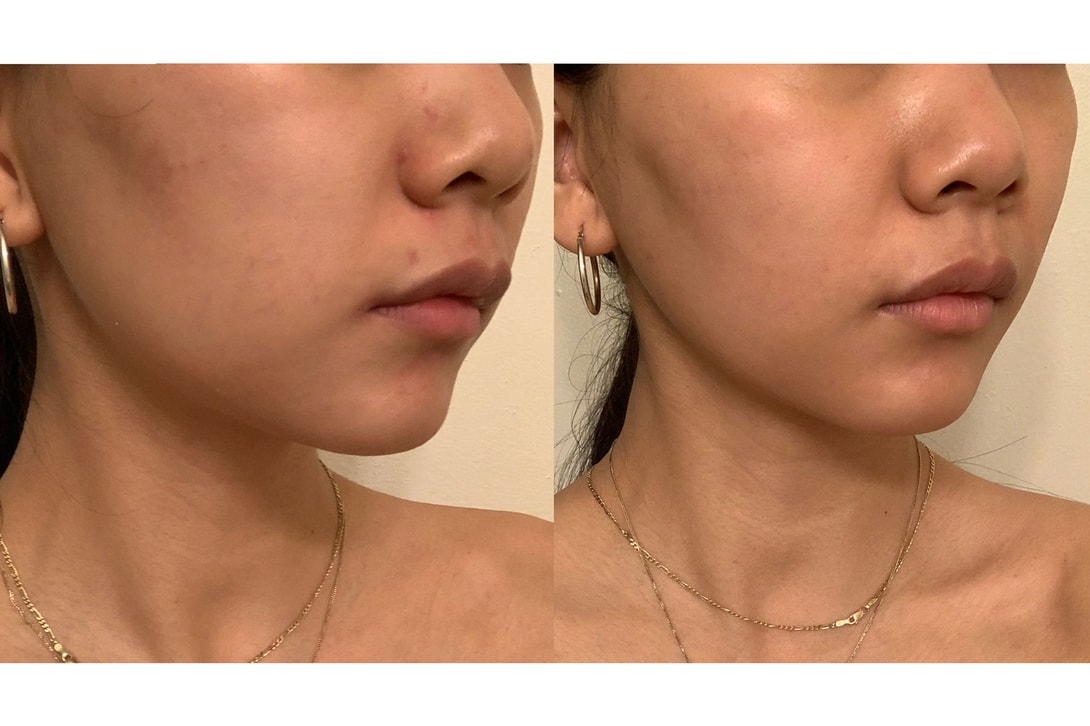 Very simply put, the ZIIP works. Though I can’t speak definitively to its benefits for seriously problematic skin, I suspect it provides more dramatic before-and-after results on acne and wrinkles. All benefits aside, the ZIIP’s $495 USD price tag, plus regular replenishment of conductive gel (ranging from $50 to $129 USD), is daunting. For context, similar electrotherapy devices such as the NuFACE are priced around the same.

Though a nearly $500 out-of-pocket expense isn’t anything to take lightly, it should be noted that the ZIIP essentially includes 10 different facials that can be performed at home, at any time. If you book a monthly facial, typically ringing up at around $200 USD per appointment, the ZIIP can entirely replace or prolong the effects of in-spa treatments. Depending on your routine, the ZIIP ends up paying for itself and saving you money in the long run.

Though the ZIIP doesn’t hurt, some users (myself included), can feel the electrical currents it delivers. It feels like a slight sting or prickle — nothing unbearable, but certainly noticeable. Additionally, some of the stronger treatments such as Instant Gratification and Lymph & Lift can cause involuntary muscle contraction, a common side effect that, while strange to experience, isn’t harmful and doesn’t last longer than the length of the treatment.

I would recommend the ZIIP to anyone looking to replace or augment regular facials with an at-home device. I’ve found it especially effective for breakouts, but anyone who suffers from serious acne should definitely consult a dermatologist before purchasing. At the end of the day, it’s a matter of personal preference that determines whether the ZIIP’s hefty price tag is worth its long-term benefits. As for myself, I’ll continue using the ZIIP regularly — only time will tell if my skin will eventually rival that of Simon’s.

Would YOU have an electric facial? Aesthetician reveals how she achieves the A-list glow of stars like Jennifer Aniston and Margot Robbie by zapping skin with volts of energy